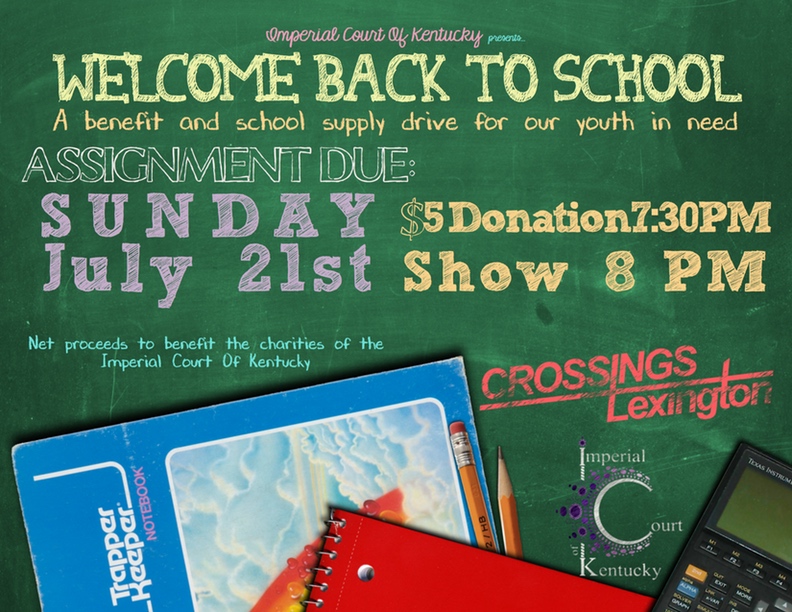 Come out to our Back to School Fundraiser and help us raise money for children in need. Sponsorships by Businesses or individuals are encouraged. All net proceeds for this event will benefit kids needing school supplies, etc.
Crossings Lexington
Sunday, July 21, 2019
$5 Door Donation @ 7:30PM
Show @ 8PM 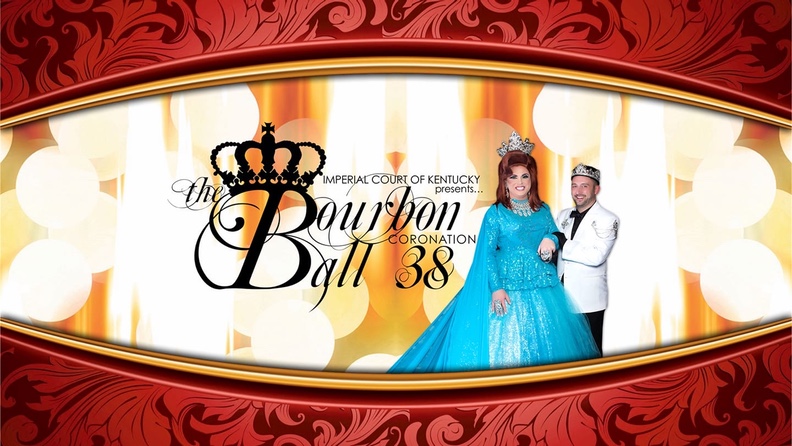 Join us in beautful downtown Lexington for our biggest fundraiser of the year where we will celebrate our 36th year.
Reception 6:30PM
Dinner served promptly at 7PM
Coronation Begins 8PM
Tickets are on sale now at http://imperialcourtkentucky.org/coronation/event-tickets 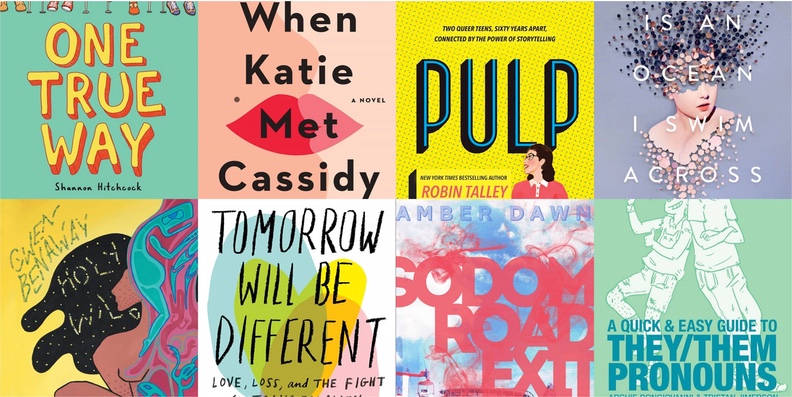 The Imperial Court of Kentucky is proud to partner with Lexington Fairness as we raise money for the Lexington Fairness LGBTQ Book Project- A project with the goal of placing LGBTQ Literature in all of our public school system schools.
Growing up LGBTQ can be hard if literature isn’t available for kids who may identify as such. This is why this project is so important. Let’s help raise money to give children the educational resources they deserve.
Crossings Lexington
Sunday, May 26, 2019
Door Donation @ 7:30, Show @ 8PM 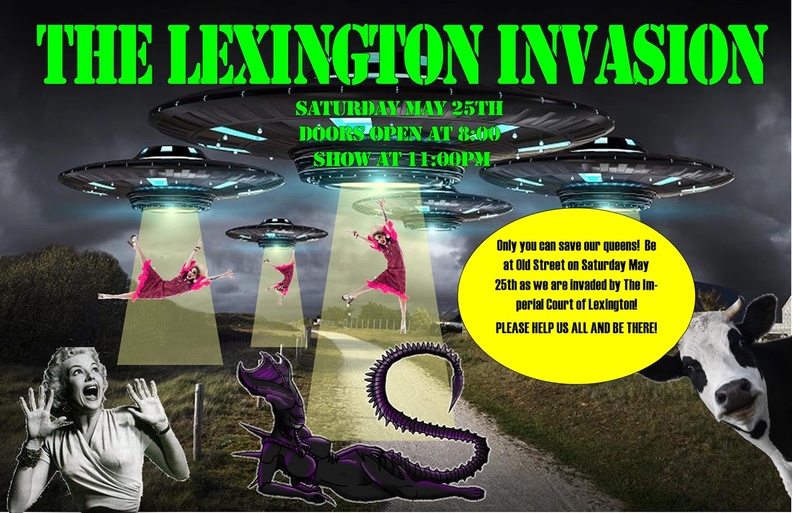 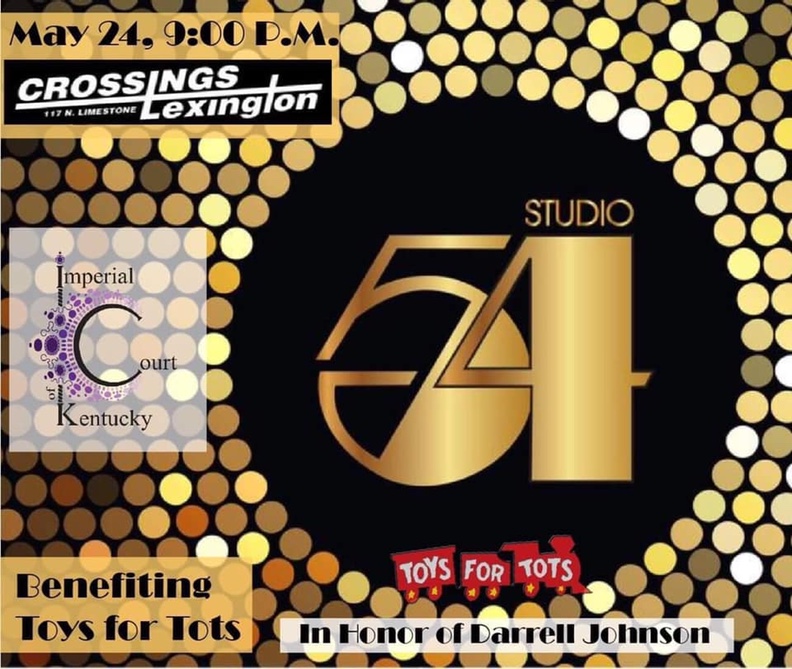 For 33 months, Studio 54 was the American bacchanal, an unprecedented mix of glamorous sophistication and primal hedonism. The brainchild of Steve Rubell and Ian Schrager, the club opened in a onetime CBS soundstage on April 26th, 1977, and immediately became the epicenter of nightlife in New York City – and the world.
Join us as we create this atmosphere at Crossings Lexington with an array of Disco Dancing Divas!
Come in your best 70’s disco attire for a chance to win a prize!
Show in Memory of Darrell Johsnon, former Crossings Owner. Net proceeds to benefit Toys for Tots, a charity very special to Darrell.
Crossings Lexington
Friday, May 24, 2019
Door Donation @ 8:30, Show @ 9PM 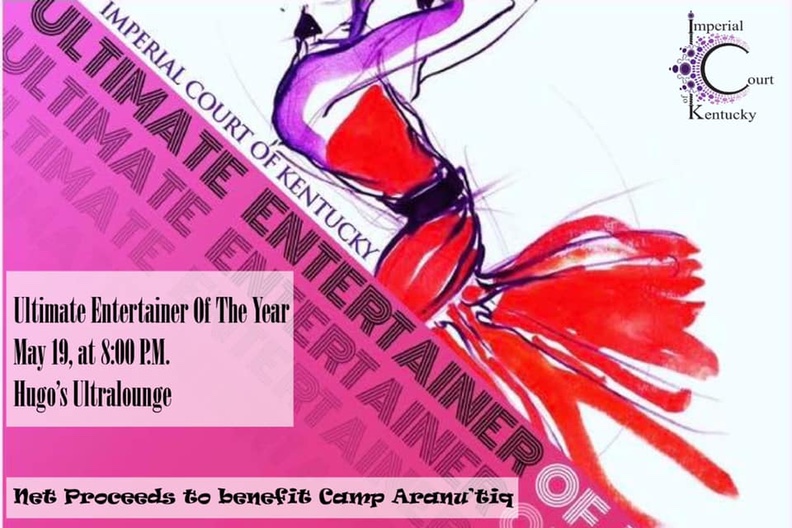 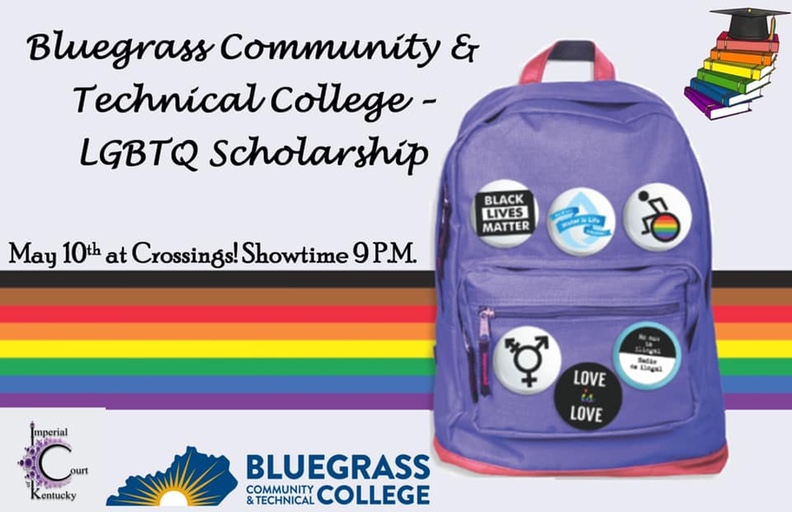 The Imperial Court of Kentucky is partnering with the Bluegrass Community Technical College Foundation to provide fundraising for a scholarship that will benefit students who identify as LGBTQ!
Come out for a great drag show of fundraising as we help raise money for the LGBTQ scholarship fund to benefit potential incoming students of BCTC!
Crossings Lexington
Friday, May 10, 2019
Door Donation @ 8:30, Show @ 9PM 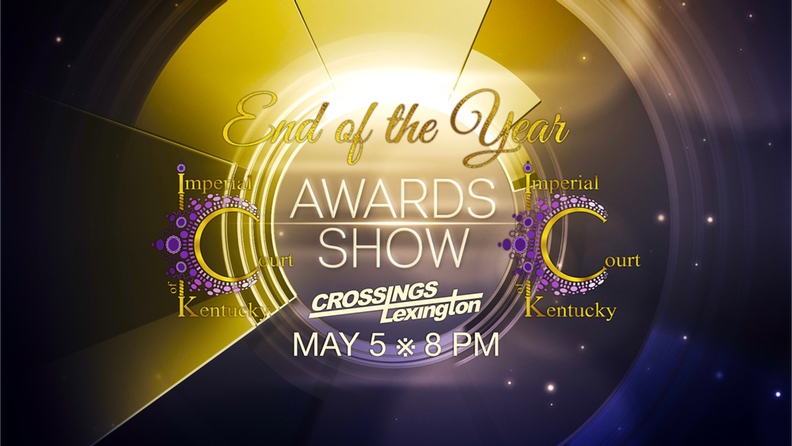 Come out and celebrate with us as we wrap up a beautiful year with our End of the Year Line Member Reign Awards Show. We will be giving out many awards such as Best Make-Up, Best Hair and many more!
You won’t want to miss this. Dress code is what makes you feel unique and represents you! Let’s celebrate.
Net Proceeds to benefit the Imperial Court of Kentucky Charities!
Crossings Lexington
Sunday, May 5, 2019
Door Donation @ 7:30, Show @ 8PM 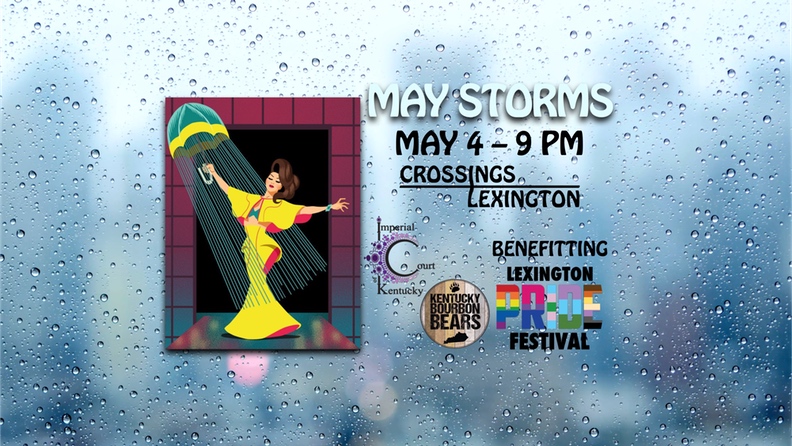 Ever wanna get a drag queen wet? Here is your chance. Come out and purchase a chance to soak a queen with a squirt gun. There will be drink specials and no cover. Proceeds will benefit #LexPride2019! See ya there!
Crossings Lexington
Saturday, May 4, 2019
Show @ 9PM